Elms Farm has been owned by the McVey family since 1910.

The large historic brick home was built shortly after the Civil War by a Mr. Woodmansee. The bricks for the home were made from clay soil from the farm and fired onsite in order to provide materials for construction. The farm changed ownership but was purchased by James P. McVey in 1910. James P. McVey was known for raising purebred Poland China hogs but the hog production business ceased in the late 1960’s.

In the 1940’s Edmund J. McVey expanded the farm by adding an Angus beef operation which continues until this day. The farm currently is a grain (corn, soybean, wheat ), hay, and a premium specialty beef operation. Elms Farm is currently owned and managed by James T. McVey.

The farm was originally named Elms Farm by Edmund J. McVey because of the many large elm trees that graced the farm. Throughout the years most of the elm trees died due to the “Dutch elm” disease. Some of these trees have been replaced with the Princeton American Elm tree that are resistant to this disease.

The farm has been operated since 1960 by the Davis family. Originally Joe and Fannie lived at the big brick house and then the operation transitioned to their son Ken Davis and his wife Christa. Today their son Evan has now joined them. 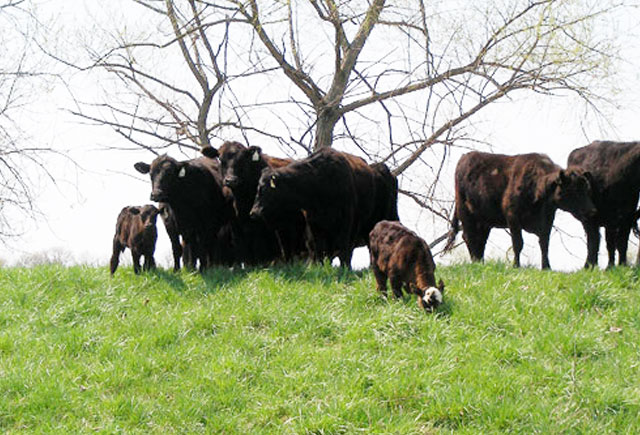 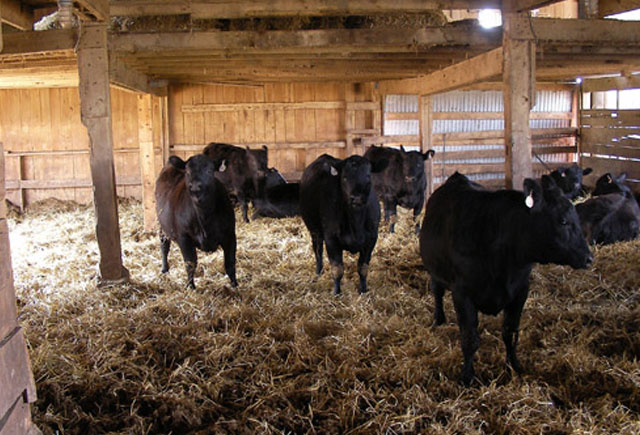